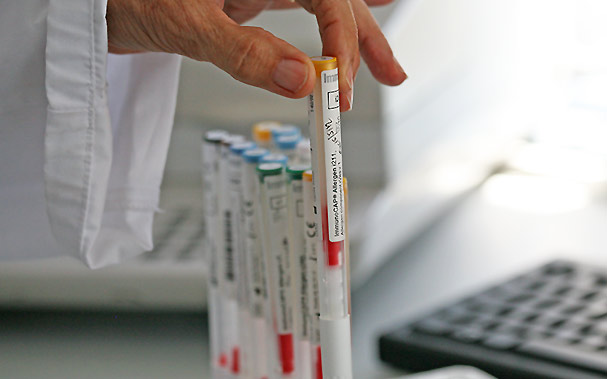 Please note: Testing performed at our laboratory or sent away to other pathology services are billed separately to clinical review. You will thus receive a second bill for testing in addition to the clinical consultation fees. Please ask your doctor or our administration staff if you have any specific queries.

Measurement of the total IgE in human serum or plasma provides an aid in the clinical diagnosis of IgE mediated allergic disorder.

This test is used when there is not a clear history of allergic disease. It can eliminate a number of allergens in one test. E.g. Moulds, grass, weeds, trees and various food mixes.
A negative test result reduces the probability of IgE mediated allergic disease.

Allergen components measure specific IgE antibodies to individual molecular allergens in serum or plasma. Different component groups often elicit different types of reactions, so testing them can indicate if a patient’s prior symptoms or positive test results were caused by allergy to a given substance or by a cross-reaction with another allergen. Component testing also helps the clinician weigh a patient’s risk of a systemic reaction versus a more mild or localized response.

The CAST® assays can be used for the confirmation of any IgE mediated allergy with controversial results from classical testing or where no other tests are available. See request form for details of available allergens and allergens which can be ordered. Allergens not immediately available will take 2 to 3 weeks to arrive and blood for analysis can only be taken once the allergen has been received in the laboratory.

Test for the presence of HDM in dust

Dust samples can be tested for the presence of House Dust Mite.