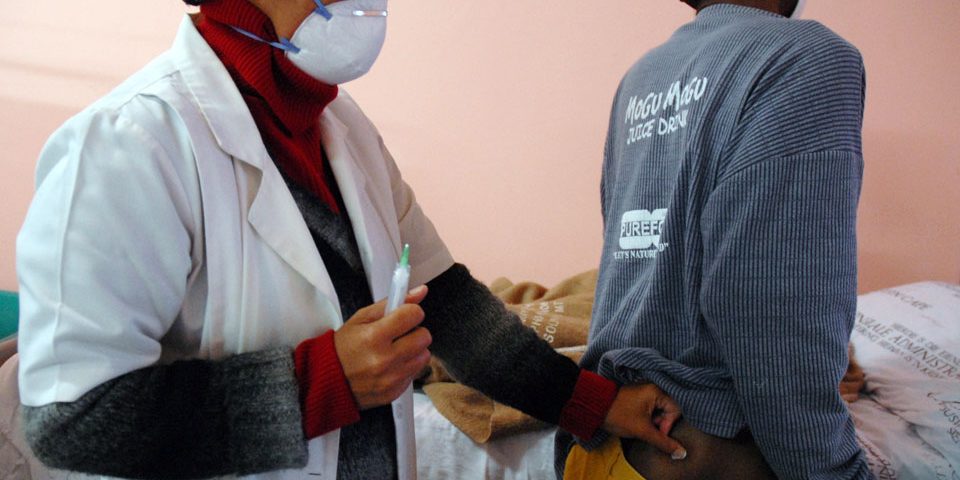 There are no state-funded facilities for people living with incurable TB to spend the rest of their lives safely.

New tuberculosis (TB) infections have declined around the world – everywhere except sub-Saharan Africa. And the explosion of drug-resistant TB strains in South Africa, and other countries, have led to some patients being diagnosed with totally drug-resistant TB (TDR-TB).

This is according to a 70-page commission on drug-resistant TB (DR-TB) published in the Lancet medical journal today to mark World TB Day.

“We do have this phenomenon of incurable TB – despite having some access to newer drugs. Patients are now also failing treatment on the more potent regimens. And the problem is going to continue,” lead author Professor Keertan Dheda told Health-e News.

A “new era” of incurable TB

Globally, only five percent of TB is drug-resistant. But in countries like South Africa, resistant strains are spreading. They are expensive, time-consuming and difficult to treat.

According to the humanitarian organisation Doctors Without Borders (MSF), in 2015, 20 000 people in the country were diagnosed with some form of DR-TB.

“This expansion of resistance has ushered in an era of programmatically incurable tuberculosis, in which insufficient effective drugs remain to construct a curative regimen,” noted the Lancet authors.

“It’s incurable in the sense that the drugs available on national TB programmes aren’t able to cure these patients,” explained Dheda, who heads up the Division of Pulmonology at the University of Cape Town.

Even though patients in South Africa have access to the new anti-TB drugs, there are patients for whom no drug regimen will work.

“Already, we have seen patients who have failed on regimens containing bedaquiline, suggesting resistance to the drug,” he said.

According to Dheda and the Lancet report, there have already been several cases around the world of resistance to both bedaquiline and delamanid.

For patients diagnosed with incurable TB – there are few options, said Dheda, as “the sheer extent” of South Africa’s TB problem means that TB hospitals – many without proper infection control measures in pace – are overwhelmed and without bed space to cater for long stay patients.

“The problem is so big we have to send patients home. We give them advice on infection control – like keep the door and windows open. But often people’s living circumstances make these demands unrealistic. Sometimes there are five or six people sleeping in the same room. They need to work. They need to look after their families,” he said.

Nowhere to “die with dignity”

But patients sent home risk transmitting these incurable strains to other people in the community. Research done by Dheda in two provinces suggests this is already happening in South Africa.

“Currently in South Africa, there is no government-funded entity where people in this position can die with dignity.”

According to the report, other measures like wider access to screening and treatment and going to find potential patients in the community before waiting for them to come to the clinic – when they are very sick and infectious – could help avert a situation where incurable TB becomes common-place.

“Every year, strains of drug-resistant tuberculosis will emerge that are more transmissible, more difficult to treat, and more widespread in the community. Yet we also have more tools at our disposal than ever before,” said Dr David Dowdy from Johns Hopkins Bloomberg of Public Health in the United States, in a statement.

He said the epidemic is at a “crossroads” where, over the next decade the world could see a DR-TB epidemic “of unprecedented global scale” or the situation will be reversed – as evidence shows it can be.

“The difference between the two outcomes lies less with the pathogen and more with us as a global tuberculosis control community and whether we have the political will to prioritise a specific response to the disease. Drug-resistant tuberculosis is not standing still; neither can we.” – Health-e News.