Is it a cold or an allergy?

Is it a cold or an allergy? 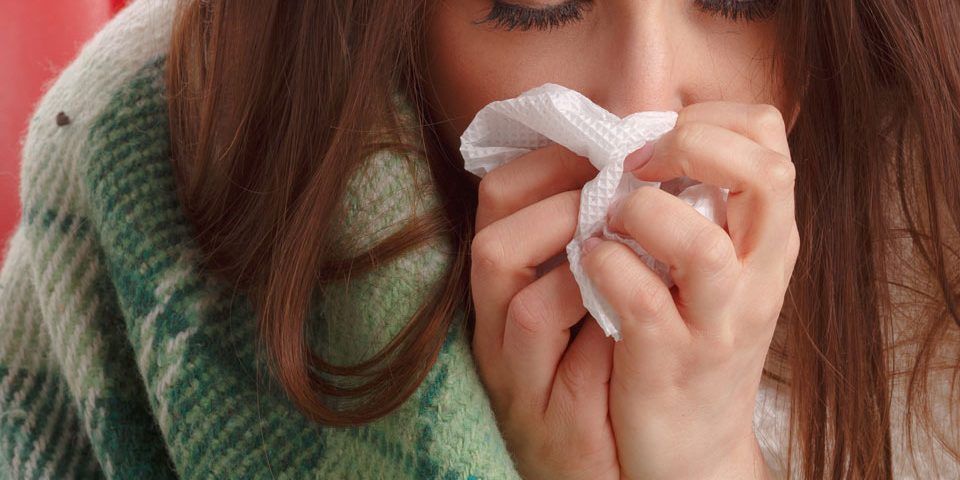 At a glance, the symptoms of a cold and allergy appear similar. You’ll have a runny nose, nasal congestion, coughing, sneezing, post-nasal drip, conjunctivitis and a sore throat. But there are distinct differences, particularly when it comes to cause and treatment plan. So how do you know if you’ve caught a cold or if it’s just your allergies acting up?

Cold symptoms typically last between seven and 10 days, while allergy symptoms can last much longer – several weeks in fact if the allergen remains in the air. Allergy symptoms, however, usually come and go during a particular season or environment. If your nose suddenly starts to run while you’re out hiking, you’re probably displaying symptoms of an allergy to the grass you’re walking through.

Learn to tell the difference

Symptoms of a cold typically develop over a few days, starting with a phase of sneezing and lots of clear nasal secretions. This is usually followed by a thick nasal secretion phase and blocked nose, which is often accompanied by tiredness, sore throat, fatigue and fever.

Nasal allergies tend to follow a similar pattern in different individuals − for example you will start sneezing. Symptoms will change depending on what allergen you’ve been exposed to − for example being outdoors, time of year, pet exposure and so on.

Ask yourself these questions: