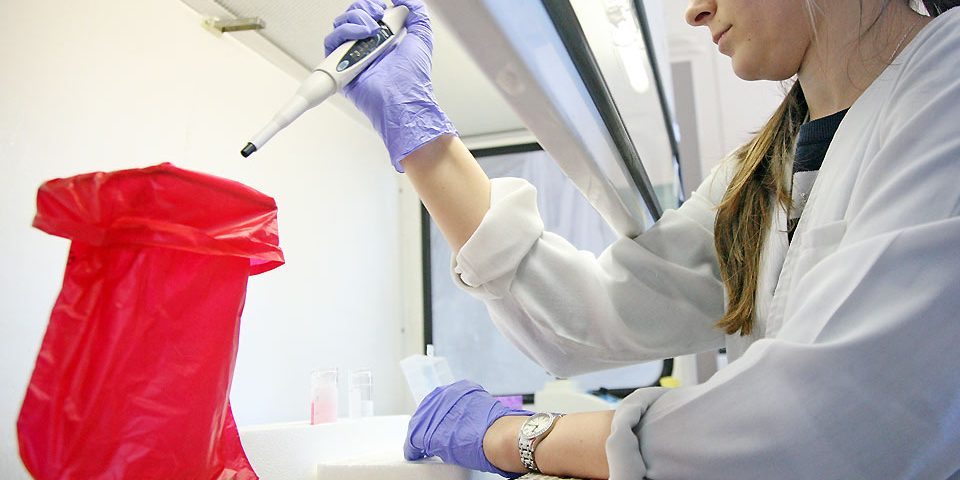 The global fight to eradicate tuberculosis (TB) is at a critical crossroads, a new report warned today. An emerging epidemic of multidrug-resistant (MDR) and extensively drug-resistant (XDR) tuberculosis “threatens to derail decades of progress,” unless countries quickly provide the political will and funding for a multipronged offensive against the disease.

According to the report published in the Lancet medical journal ahead of World TB Day (March 24), roughly one in five cases are now resistant to at least one major anti-TB drug. About 5 percent of all cases are considered “multidrug-resistant” – to two vital first-line drugs, isoniazid and rifampicin – or “extensively drug-resistant” – to fluoroquinolones and second-line injectable drugs as well.

Tuberculosis is already the “world’s top infectious disease killer,” taking 5,000 lives each day, according to the World Health Organization (WHO). In 2015, it killed an estimated 1.8 million people and is the leading killer of people infected with HIV.

Unsurprisingly, “the heaviest burden is carried by communities which already face socio-economic challenges: migrants, refugees, prisoners, ethnic minorities, miners and others working and living in risk-prone settings, and marginalized women, children and older people,” the WHO said in a press release Wednesday, announcing a new set of ethics guidelines for TB patients.

According to the Lancet report, 60 percent of TB cases worldwide are found in just six middle- and low-income countries: India, China, Indonesia, Nigeria, Pakistan and South Africa. And in 2015, about half of the world’s estimated 480,000 cases of multidrug-resistant TB were in India, China and Russia.

Researchers originally thought that drug-resistant TB was less transmissible – mostly acquired by patients who did not fully comply with treatment regimens. But recent studies revealed that as many as 95.9 percent of new TB cases infected with multidrug-resistant strains were spread from person-to-person. Migration and travel is taking these strains to almost every part of the world.

Yet, amid this growing epidemic – which the authors of the report said “mirrors the worldwide increase in antimicrobial resistance and the emergence of other MDR pathogens” – funding for TB research and eradication campaigns is insufficient and decreasing. According to an October report by the Treatment Action Group, TB research and development funding in 2015 fell by $53.4 million from 2014, to its lowest point since 2008.

Thankfully, a few new anti-TB drugs have been developed for the first time in about four decades. However, access to those drugs is still very limited in low-income countries where they are needed most.

Plus, “it’s not one silver bullet,” Keertan Dheda, lead author of the report and professor of medicine at the University of Cape Town, said in an interview with Humanosphere. “It’s a very complex problem, and it requires a multipronged approach at various different levels. And this has to be accompanied by adequate funding and political commitment.”

According to Dheda, “the best way to deal with drug-resistant TB is to deal with TB itself” by addressing the major drivers: poverty and overcrowding, HIV, cigarette smoke and exposure to biomass fuels that weakens people’s immune systems, diseases such as diabetes, malnutrition and alcohol abuse.

Other factors like inappropriate and untimely treatment and diagnosis of TB is further driving drug-resistance and transmission. Often, patients are infectious for months before they seek care. By employing mobile clinics and platforms, health-care workers can find, diagnose and treat patients before they seek out clinics themselves – a technique called active case finding.

Although new and better diagnostics – and drugs, as mentioned – are being developed, Dheda said it’s still not enough. Diagnostic tests in most of the world can’t pick up drug-resistant TB or will only detect resistance to one drug. The improved systems are not yet available in most low-income countries.

Then, there are some patients who are so highly drug-resistant they are potentially incurable. Those cases require support systems that will minimize the threat of transmission.

“So we know what needs to be done,” Dheda said. “But the question is: can it be achieved?”

Some countries, like China for example, have proved that with sufficient funding and political will, it can be done. But convincing the world to invest what’s necessary remains the biggest challenge, especially in poor countries where rates of TB are highest and increasing.

Thus, the fight against tuberculosis stands at a crossroads: On the one hand, we have a bad situation that could get considerably worse over the next decade – “a drug-resistant tuberculosis epidemic of unprecedented global scale,” as David Dowdy, associate professor at the Johns Hopkins Bloomberg School of Public Health, wrote in an editorial comment.

Or, we address all these issues and drivers in a concerted effort and see an “unprecedented reversal” of drug-resistant TB incidences over the next five to 10 years.

“But we’re not sure how it’s going to go,” Dhada said. “And whatever happens depends on how much of investment we put into all these strategies and resources.”