The rise of antibiotic resistance 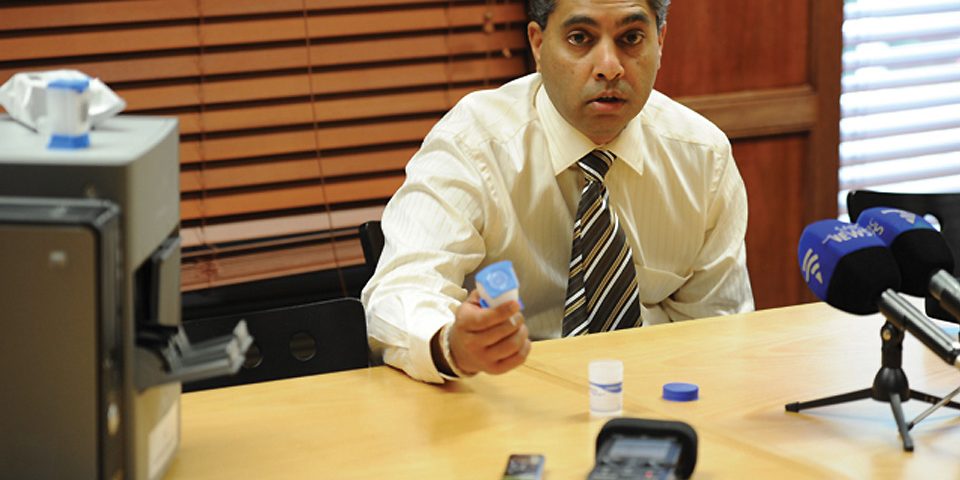 At a ceremony on Tuesday 13 October, UCT announced the names of six new fellows – permanent academic staff who are being recognised by UCT Council for distinguished academic work.

Prof Keertan Dheda – Division of Pulmonology
Dheda’s main research interest is the study of multi-drug resistant pulmonary infections including TB. His work has enabled more rapid diagnosis of drug-resistant TB, avoids redundant and expensive drugs, and has found ways in which survival of patients with drug-resistant TB can be improved. It has also defined when therapy should be withdrawn in destitute patients and how healthcare workers should be optimally diagnosed. Dheda is currently evaluating a new treatment regimen for drug-resistant TB.

Prof Renée Kraan-Korteweg – Department of Astronomy
Kraan-Korteweg joined UCT in 2005 as the incoming Chair of Astronomy. Following a decade under her scientific leadership, the astronomy department has been transformed from a small academic department into a large and vibrant community of multi-wavelength astronomers – including four A-rated researchers and two SARChI chairs – who are leading large international scientific projects on world-class facilities such as SALT (the Southern African Large Telescope) and MeerKAT (the precursor to the SKA radio telescope).

Prof Gary Maartens – Division of Clinical Pharmacology
Maartens is recognised for having made important original scientific contributions in four areas of clinical research in the fields of HIV and TB. These cover optimum methods of diagnosing HIV-associated TB, co-treatment of patients with HIV and TB, adherence to anti-retroviral therapy, and a randomised trial to prevent TB in people with HIV.

Prof Bongani Mayosi – Department of Medicine
Mayosi is recognised for his significant contribution to knowledge in the field of poverty-related heart diseases and genetics of cardiomyopathy and fibrosis. He assembled the Investigation of the Management of Pericarditis (IMPI) research programme to study the clinical, immunological, and biochemical features of TB pericarditis.

Prof Valerie Mizrahi – Institute of Infectious Disease and Molecular Medicine, and Department of Pathology
Mizrahi is an international leader in the field of TB research and has focused on studying aspects of the physiology and metabolism of Mycobacterium tuberculosis of relevance to TB drug resistance, efficacy and discovery, and to mycobacterial persistence. She is best known for her work on elucidating mechanisms of metabolic and physiological adaptation of M. tuberculosis to conditions encountered during host infection.

Prof Raj Ramesar – UCT/MRC Human Genetics Research Unit, Division of Human Genetics, Departments of Pathology and Medicine
Ramesar is a world-renowned human geneticist whose research focuses on disease susceptibility in African populations, progressing from the commonly recognised inherited diseases, to those that are more complex yet more common and relevant to our large burden of disease. Having engaged with the families on the West Coast, where a hereditary form of cancer was a major concern, he focused his research on identifying the genetic predisposing factor that leads to the disease, and has translated this research for predictive testing and surveillance of those at highest risk for developing the disease.