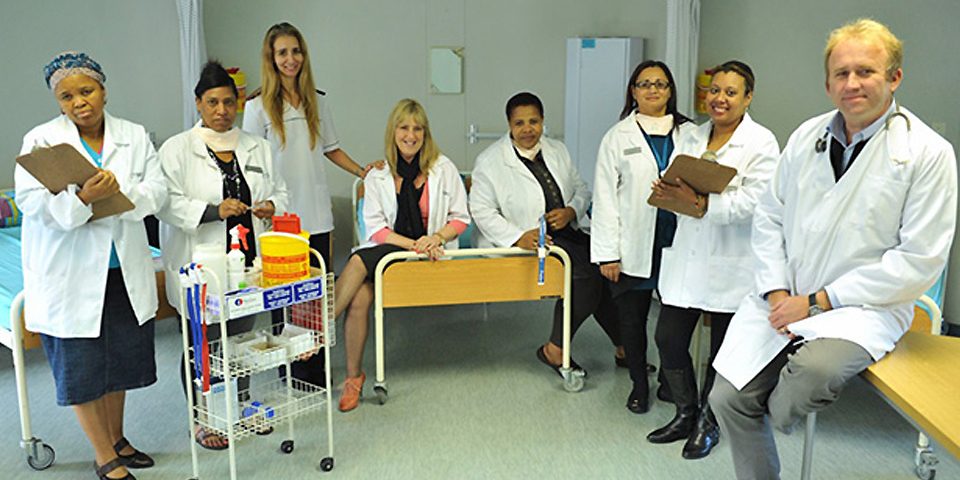 UCT scientists are part of an international research group, which includes the Universities of Stellenbosch and the Free State, on track to deliver more effective, less expensive and shorter TB treatment using a new combination of drugs.

The announcement has dominated health news since the results of the TB Alliance’s clinical study were released to the media at the recent International AIDS Congress in Melbourne, Australia, from 20 to 25 July.

“This could reduce the duration of standard TB treatment from the current six months to four,” said consultant pulmonologist and head of the Clinical Research Unit at the UCT Lung Institute Dr Rod Dawson.

“The breakthrough follows a two-month trial involving 200 TB patients from South Africa and Tanzania. Some received the standard treatment, others were given the new anti-TB drug PA-824 and moxifloxacin and pyrazinamide,” said Dawson, who is the International Principal Investigator on the study, which was conducted at the UCT Lung Institute.

The study results showed that 70% of patients using the new drug had no TB in their sputum after two months. The commensurate figure for patients on the standard treatment was 50%.

It was the longest study of the new three-drug combination to date.

Importantly, the study also showed that the new drug is safe to take with antiretrovirals. South Africa carries a heavy co-burden, with 60% of TB patients infected with HIV.

The new drug is also promising in the fight against multi-drug-resistant TB. The World Health Organisation estimates that 150 000 cases have been diagnosed in South Africa alone. MDR-TB is resistant to both of the most commonly used anti-TB drugs, rifampicin and isoniazid.

There’s other potentially good news for MDR-TB patients (10% of the study sample). Thirty percent of MDR-TB patients respond to pyrazinamide, and this is where the treatment’s potential becomes most startling.

In these cases, the new drug combination could reduce MDR-TB treatment by about 18 months, and the number of pills by 97%, dramatically reducing costs, says the TB Alliance.

A longer follow-up study on the novel drug trio will start in 2015. It will be conducted in 10 countries ‘“ including South Africa, China and Zambia. Results are expected in 2018.

Capping this announcement was news that UCT’s Dr Linda-Gail Bekker is the new president-elect of the International AIDS Society (IAS). (Dr Chris Beyrer from the Johns Hopkins Bloomberg School for Public Health is the new IAS president for the next two years.) Bekker is deputy director and professor of medicine at UCT’s Desmond Tutu HIV Centre, and COO of the Desmond Tutu HIV Foundation. She is also a member of the Institute of Infectious Disease and Molecular Medicine.

She is a physician scientist with a keen interest in HIV, tuberculosis and related diseases. Her research interests include programmatic and health service research around antiretroviral roll-out and TB integration, and prevention of HIV in women, the youth, and men who have sex with men.

Bekker has served as advisor to the US President’s Emergency Plan for AIDS Relief (PEPFAR) programme. Her interests lie in prevention sciences, the testing of biomedical technologies including HIV vaccines, pre-exposure prophylaxis and microbicides.

Story by Helen Swingler. Image by Je’nine May.