UCT forges ahead on TB research 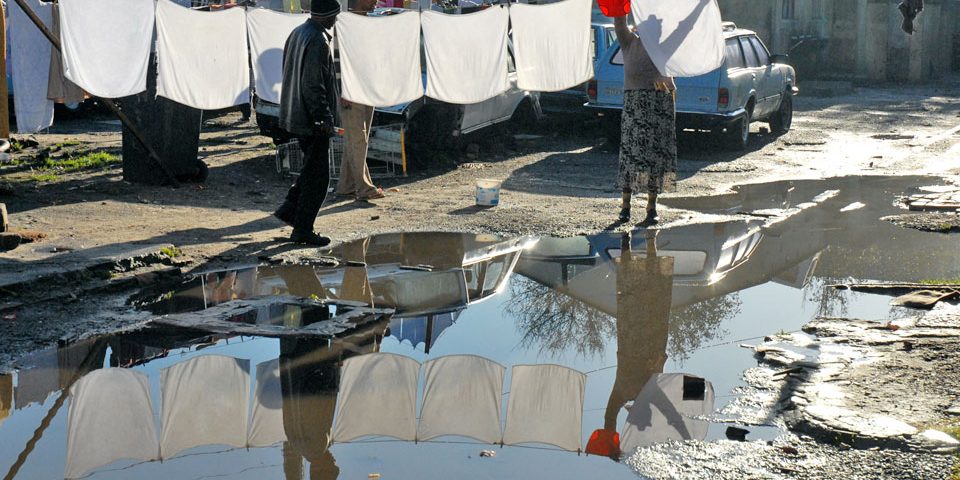 “My life has stopped. I don’t want anyone to go through what I’m going through,” 36-year-old Kirt tells me through the facemask that holds back the microscopic droplets that escape from his mouth as he coughs and speaks. These droplets could carry the fatal, untreatable form of the bacteria Mycobacterium tuberculosis that Kirt is infected with.

Kirt, from the Cape Flats region of Cape Town, South Africa, has extensively drug-resistant tuberculosis (XDR-TB). Officially that means his tuberculosis is resistant to the four main groups of drugs normally used to fight TB. Kirt’s is one of a growing number of cases of a strain of TB that is resistant to everything. His doctors have stopped trying to treat him. Instead, two years ago they sent him back home carrying his fatal and untreatable infectious disease with him. “I worry about everyone around me and whoever comes into my contact,” he says.

Kirt’s case is far from unique and represents a public health dilemma, setting the rights of individual patients against the rights of the community. But with the horse having bolted, so to speak, how can we stop further spread of the disease?

TB is the leading cause of death in South Africa, not because of drug resistance – those strains are still in the minority – but because patients are co-infected with HIV, which damages their immune systems giving TB the upper hand. But as drug-resistant strains spread, the death rate will rise. For XDR-TB the cure rates are now just 20% nationally.

“Drug-resistant TB has become a public health emergency in South Africa – we treat nearly 8,000 per year,” explains Keertan Dheda, Professor of Medicine at the University of Cape Town. Dheda is concerned that incurable patients are being sent back into the community without adequate monitoring or care. It’s not as simple as sending them home and hoping they stay there. Patients are discharged with small disability grants, but some are being tempted to supplement this meagre income by returning to work, potentially exposing their colleagues.

While the situation in South Africa is particularly dire, recent years have seen an increase in the rates of TB infection in India, Russia, Eastern Europe and other countries. Once only a disease of poverty, TB is now a concern for the world, says Mario Raviglione, Director of the World Health Organization’s Global Tuberculosis program. “XDR-TB has now been reported in 92 countries.”

So why potentially accelerate the disease’s spread by releasing carriers out into the community? In South Africa, the decision has not come lightly.

Julian te Riele is the clinical manager at Brooklyn Chest hospital, the main TB referral hospital for the Western Cape Province. In the past two years, te Riele has had to discharge 15 patients who have failed all treatment, and the frequency is increasing. “It’s an unpleasant experience,” he says. “Some patients feel they are getting better but according to their X-rays, or microbiologically in their lab samples, they are deteriorating and treatment is simply not working.”

The decision to discharge patients requires agreement from a review committee of 15 people ranging from clinicians, bioethicists and social workers to pharmacists, public health officials and academics, including Leslie London of the University of Cape Town. “Each decision is different and depends on the circumstances and history of the patient,” he explains. “It is, of course, extremely difficult”. The key question in these situations is always who to protect – the community or the individual? South Africa’s international human rights commitments include a responsibility for the state to act to contain epidemic diseases. But the country’s doctors also have to face the realities of utilising resources efficiently.

“Health services simply cannot keep all drug-resistant TB patients in hospital after treatment failure, awaiting their death. This would take up a bed for another patient with a potentially curable form of TB,” says London.

Then there are the ethical considerations about the patient. Few countries countenance forcibly removing victims of an incurable, transmissible disease from their families to lock them in the modern equivalent of a sanatorium – although some have called for just that. However, it would be against the guidelines of the World Health Organization (WHO) and its protocol for patient care.

“Our position is focused on patients and their needs. Incarcerating them is surely not the best option,” says Raviglione. “Sometimes it may be necessary to protect public health but only after all possible measures have been undertaken and failed.”

Grant Theron at the University of Cape Town is trying to discover what some of those measures might be. The fact is researchers do not clearly understand how XDR-TB spreads in the community.

“Our goal is to identify who is at most risk of spreading the disease, where the hotspots of disease are and tailor our country’s limited resources towards them,” he explains.

Theron’s objectives are based on the idea of “superspreaders”, a phenomenon thought to occur with all infectious diseases, where just 20% of patients spread 80% of the disease. In fact most patients, he says, spread zero bacteria. So identifying the TB superspreaders is crucial.

To that end, Theron’s team has developed a “cough aerosol sampler”. It identifies the presence of bacteria in the coughs of patients before they are discharged from hospital. Their preliminary findings from 200 patients have confirmed that one in five patients is a “superspreader”. On the plus side, this means that four in five patients are unlikely to spread the disease.

In a separate study, since patients are already out in the community, Theron is tracking them to try and get a measure of how and where they could be spreading the disease.

Due to the stigma and discrimination associated with TB in township communities, most patients choose not to wear facemasks in public. Theron’s team has developed a series of “smart masks” which use GPS and heat sensors to identify the movement of patients in their communities and whether or not they are wearing their masks. “We can see when patients have been in crowded areas, taxis, or shopping centres and whether they were wearing their masks,” says Theron.

In this way Theron hopes to identify hotspots of transmission across the province, to then implement awareness campaigns and increase infection control practices to help reduce the spread of disease and prevent the rise of TB and its drug-resistant forms in the country.

Theron’s findings could also be used to inform decisions to send patients home when their treatment has failed. As hospital beds are limited, identifying the “super-spreaders” could help clinicians decide to keep these patients in hospital and provide them with private rooms, or else ensure they have isolated quarters and a thorough understanding of their disease before being sent home. If only 20% are spreading the disease, identifying this smaller proportion of TB patients could help tailor management programs appropriately. More importantly, identifying super-spreading patients before they fail treatment could enable doctors to prioritise them for more targeted treatments and sometimes surgery to remove the most infected part of their lungs – usually a last resort.

“We are a resource-limited country so the challenge is to identify the people spreading the most amount of disease,” says Theron. “If we can do that and prevent their entry to these hotspots we can greatly reduce the number of new TB infections.”

However, new drugs are the only hope of stopping XDR-TB altogether. In 2013, public health teams were excited by the approval of the first new drug to fight TB in 40 years – bedaquiline. But while the drug brings hope, there remains speculation about its safety. Trials have only been taking place for around six months, while treatment for drug-resistant TB takes at least two years.

The US Food and Drug Administration (FDA), nevertheless,has approved bedaquiline for use, but approval is yet to be given by the Medicines Control Council (MCC) in South Africa, where it is needed most. There, however, the drug can be used on patients through the many national clinical access trials. One such trial by Medecins sans Frontiers in the large township of Khayelitsha has helped some patients recover. The drug is also being accessed by te Riele at Brooklyn Chest Hospital.

But although the drug seems to work as part of the treatment mixture for some patients, for others including Kirt, bedaquiline has come too late. To preserve its effectiveness as long as possible, bedaquiline is only given as part of a combination therapy and at the beginning of treatment, as TB bacteria are far more likely to overcome a single drug than become resistant to multiple drugs at once. For Kirt, there are no other effective drugs to accompany the bedaquiline, and so the risk of giving him that alone is simply too great. If his resistant strain were to defeat the new drug, bedaquiline’s benefit would be instantly lost.

The search continues for new drugs. But for now, Theron’s work to understand how the disease spreads is a vital weapon in the fight.