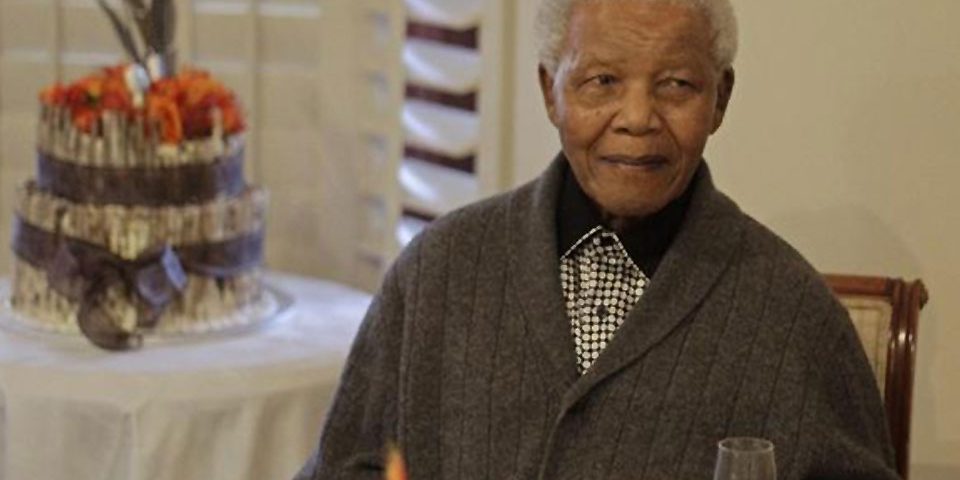 Hurriyet Daily News – Nelson Mandela was comfortable and breathing without difficulty on his third day in hospital after the anti-apartheid hero was treated for pneumonia, South Africa’s presidency said March 30.

Messages of concern for the ailing 94-year-old, one of the towering figures of modern history, have poured in since his admission late March 27 for what was confirmed as “a recurrence of pneumonia”.

Mandela had a build-up of fluid that had developed from a lung infection, known as a pleural effusion or “water on the lungs”, drained from his chest.

“This has resulted in him now being able to breathe without difficulty,” President Jacob Zuma’s office said in a statement.

“He continues to respond to treatment and is comfortable.” On March 29, Mandela was said to be in good spirits and making steady progress after his third hospitalisation in four months.

“He sat up and had his breakfast in bed,” Zuma’s spokesman Mac Maharaj, who was in apartheid prison with Mandela, told AFP.

There were no details on March 30 on how long he would remain at an undisclosed hospital.

Mandela’s recent health troubles have triggered an outpouring of prayers but have also seen South Africans come to terms with the mortality of the revered Nobel Peace Prize winner.

It is the second time this month that Mandela has been admitted to hospital, after spending a night for check-ups on March 9.

That followed a nearly three-week hospital stay in December, when he was treated for another lung infection and underwent gallstone surgery.

He was diagnosed with early-stage tuberculosis in 1988 during his 27 jail term and has long had problems with his lungs. He has also had treatment for prostate cancer and has suffered stomach ailments.

‘We want him back, even though he’s an old man’ — Keertan Dheda, professor of respiratory medicine at the University of Cape Town, said a pleural effusion was the accumulation of water between the lining covering the lung and that of the chest wall. Having the fluid tapped was a minor procedure, he said.

“One can drain the fluid with a needle and a catheter and in some cases that’s all that’s needed,” he said.

Other cases required the fluid to be chemically broken down if it had formed pockets or a small operation if infected.

“The older you are, the longer pneumonia takes to get better,” said Dheda, adding that mortality was also higher.

“It takes a bit longer, everything is a bit slower and a bit more complicated the older you get.” While Mandela’s legacy continues to loom large, he has long since exited the political stage and for the large young population he is a figure from another era, serving as president for just one term.

Mandela has not appeared in public since July 2010.